As any plastics professional knows, moulds and the plastic coming into them are heated to extreme temperatures. This generates a gas that liquefies and sticks to the mould and can be tough to remove. Additionally, vents at the end-of-fill get clogged from the build-up of gases. These vents need to remain open and unobstructed in order to help keep the mould clean. This gas can damage the mould and effect product quality.

In addition to being very labour intensive, traditional cleaning such as abrasive blasting, wiping with chemicals or solvents, and wire brushing, requires production to stop so moulds can be taken out and disassembled. With dry ice blasting moulds can be cleaned while they are hot and still in the press. This greatly reduces, and often eliminates downtime due to cleaning. Because of this equipment can be cleaned more frequently, which helps keep vents open. The media, dry ice pellets, are non-abrasive, so there is no damage to the moulds.

Extrusion screw and nozzle cleaning is often tedious and can require long production stops. Dry ice blasting reduces this downtime by allowing screws to be cleaned right out of the barrel. The heat from the barrel helps enhance the thermal effect caused by the dry ice pellets. The contaminant becomes more brittle, thus easier to remove.

Rubber parts can stick to the mould during removal, which increases cycle time. In some cases, mould build-up can lead to over-packing, which in turn can cause internal strains to the tooling. One of the challenges that moulders face is mould fouling or soiling because of the rubber off-gassing in the cavities at the vent area and the subsequent productivity loss when moulds are taken out of the press for cleaning.

Dry ice blasting is used to clean rubber moulds for manufacturers of gaskets, O-rings, shoes, and many other products. Dry ice blasting reduces potential damage to the moulds from removing them from the press and reinstalling them.

Dry ice blasting utilizes a non-abrasive cleaning of tyre mould sidewalls without the removal of the mould from the press or the creation of a secondary waste stream. The benefits inherent to dry ice blast tyre mould cleaning are derived from establishing a manual “sidewall touch-up/cleaning” maintenance routine that keeps the operator’s exposure and risk to a minimum, (and installing an automated, robotic dry ice blast cleaning system for total mould cleaning when the moulds are pulled out of the presses for scheduled press maintenance).

A tyre manufacturer could find over a million dollars per year in savings from labour and mould rework cost reductions, increased mould and press up-time, increased tyre production and a reduced scrap tyre rate. Dry ice blasting generally allows a tyre manufacturer to produce blemish free tyres for an entire production run, or until normal press maintenance requires that the mould be removed. 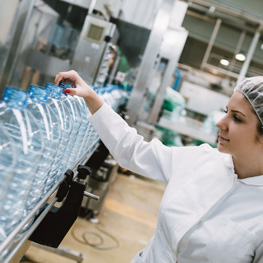